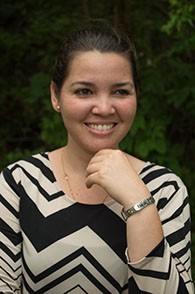 Ivette’s music has been described as “absolutely exquisite” and “breathtakingly beautiful” (Kevin Noe-Artistic Director of the Pittsburgh New Music Ensemble and Director of Orchestras at Michigan State University). She is the composer of a bestseller piece for women’s choir, published by Walton Music. She is the winner of a Cubadisco Special Award, a Brandon Fradd Fellowship in Music Composition given by the CINTAS Foundation, and the 2019 Illinois State Music Teachers Association (ISMTA) Composer Commissioning program, among other awards.

Works
Click on the category to open and learn more

This post is sort of a journal with sound, intended to record my work as I compose new pieces of music. My idea is to post recordings that reflect the end of each day of work, along with some text about what I have achieved in such day. The recordings will explain through sound what […]

CONTACT ME Thank you for your interest in my music! Let me know what I can do for you and I will contact you as soon as possible